To Grow in Wisdom

Just this week I was having a coffee and chat with Bruce, a key member of Annesley’s team who works hard to support our students in the Farm and maintain our grounds and site maintenance. Bruce and I were sharing stories of how Methodist Ladies College (MLC), became Annesley College, then Annesley Junior School. The School has developed significantly over the decades. Bruce and I reflected on the School’s rich heritage and continued progress.

Over the School’s near 120 years, Annesley has changed in many ways but has remained absolutely true to its core foundation, as documented in the publication; ‘To Grow in Wisdom’. This book is the story of the first 75 years of MLC. Annesley was named after Susanna Annesley, who was the mother of Methodist Church founder John Wesley. The following extracts from ‘To Grow in Wisdom’ highlight Wesley’s commitment to progressive education:

‘John Wesley…highly valued broad education. The three fundamental principles of education propounded by Wesley sound as impressive nowadays as when quoted by Mr Wibberley in 1926; they must have startled and inspired Wesley’s congregations two centuries ago.
1: Pass from the known to the unknown. Carefully observe the ideas which children already have and graft what you have to say upon them
2: Interest the scholars in things rather than words. Bid the child look upon the sun and trees
3: Education should be for all, gentle and simple alike

Fighting words, those in eighteenth century England. Inspired by Wesley, the Methodists struggled to emancipate education, with partial success in 1779 when Parliament relaxed the Statute enforcing teachers to subscribe to the Thirty Nine Articles (NB: defining statements of doctrine and practice of the Church of England). Methodists retained a fervent zeal for liberal education despite many obstacles in its path. The South Australian colonists brought their enthusiasm to the country of their adoption, hoping to break away from the classical traditions of the English Grammar School. They wanted to establish schools to interest the scholar in things rather than words.’

Our School was created to break the mould of traditional ‘Grammar School’ education!

As we plan for the future and where we are going, we are wise to reflect upon the past and where we have come from. ‘To Grow in Wisdom’ is my ‘Book of the Month.’ It has been a constant reference point for us as we continue to refine Annesley’s plans for the coming 5 years. The Annesley Council have been reflecting upon the words of Wesley and the School’s founders. Our rich heritage as a School is central to our future as we plan with confidence and gratitude. 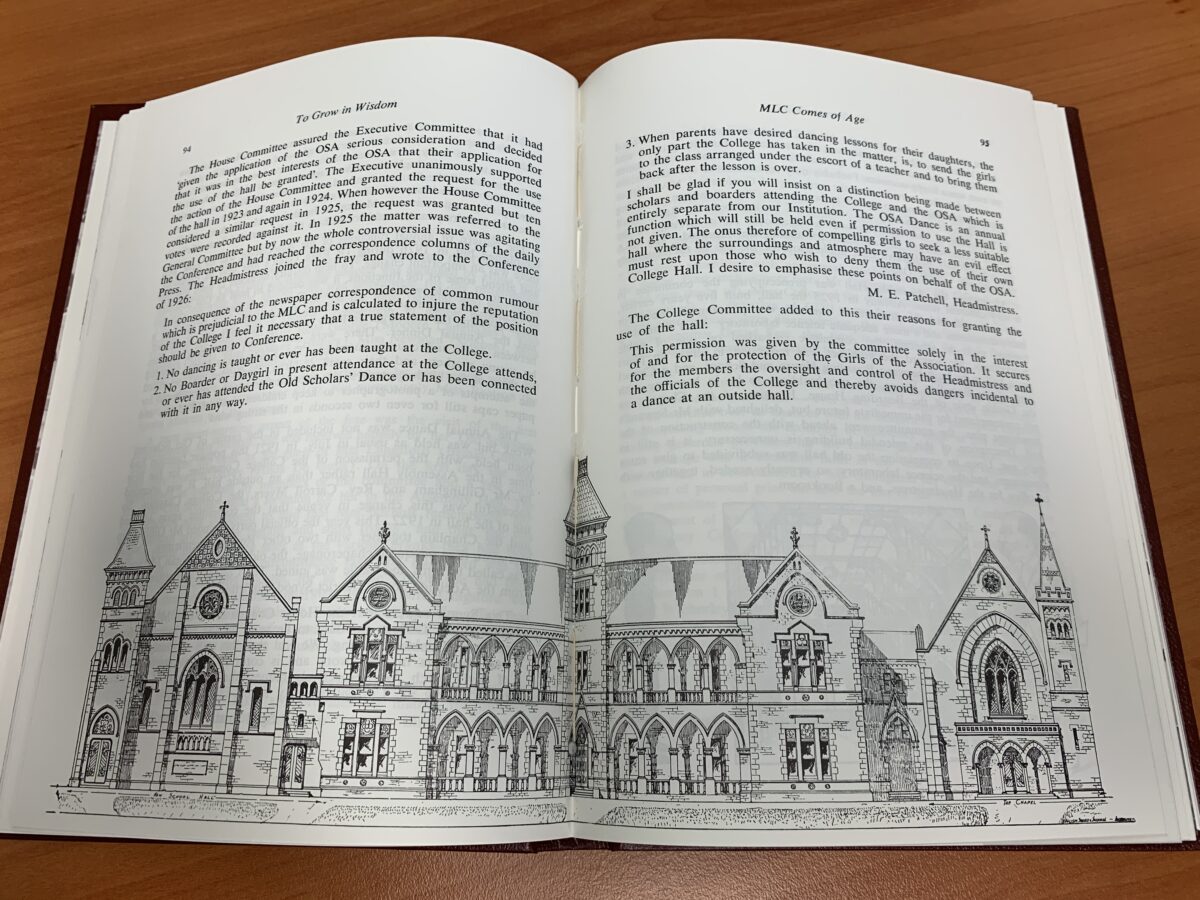 Please join us to hear from expert Wendy Hill from Kidz Biz Education. Everyone is welcome to attend this session which will be particularly relevant for Year 4-7 parents. This session leads into our student workshops with Wendy in Weeks 7 and 9. For further information and to RSVP please refer to the School Stream post.

The newest additions to the Annesley Farm have arrived…2 very cute and cuddly bunnies. Students on the Board of Directors are currently being trained to become ‘Bunny Experts’ to assist in caring for our bunnies. We will announce their names in the coming weeks. 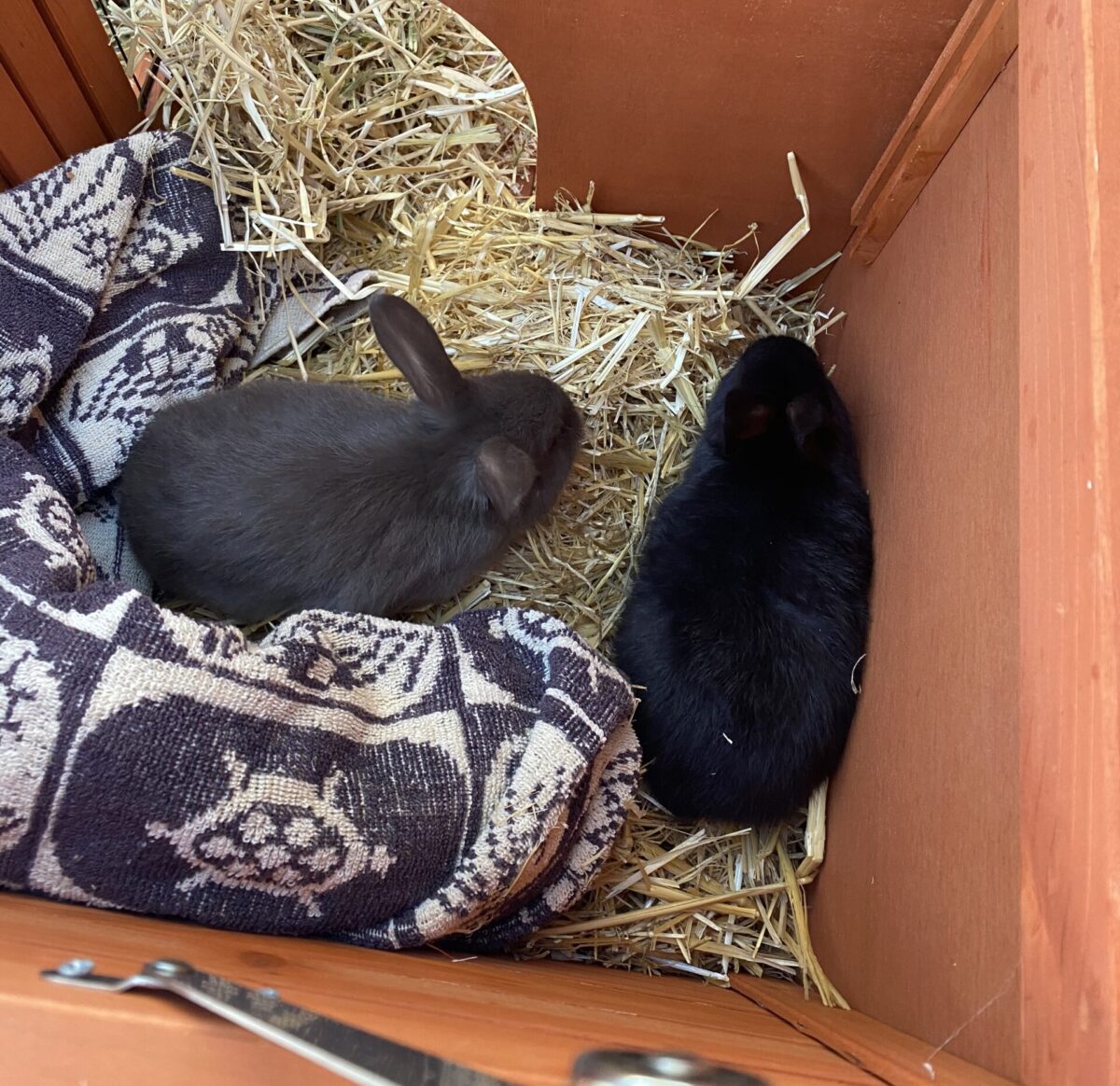 At Annesley we are committed to personalising the school experience. This week we welcomed leading Educational Consultant Janet Farrell to our School. Janet is an expert in Gifted Education and has been engaged to consult with our team on an ongoing basis to invest in our Personalised Learning program.

Over the past fortnight, students have embarked on diverse learning experiences focusing on ‘learning by doing’. The Year 5 students visited Kingston Park and heard from Uncle Tamaru about the significance of this area for Aboriginal culture and heritage. The Year 5 students also embarked on their hike from Waterfall Gully to Mt Lofty. The Year 6/7 students continued their learning at Cleland Wildlife Park working alongside Cleland’s various experts on ‘work placements’ and engaging in service as part of their volunteer program. 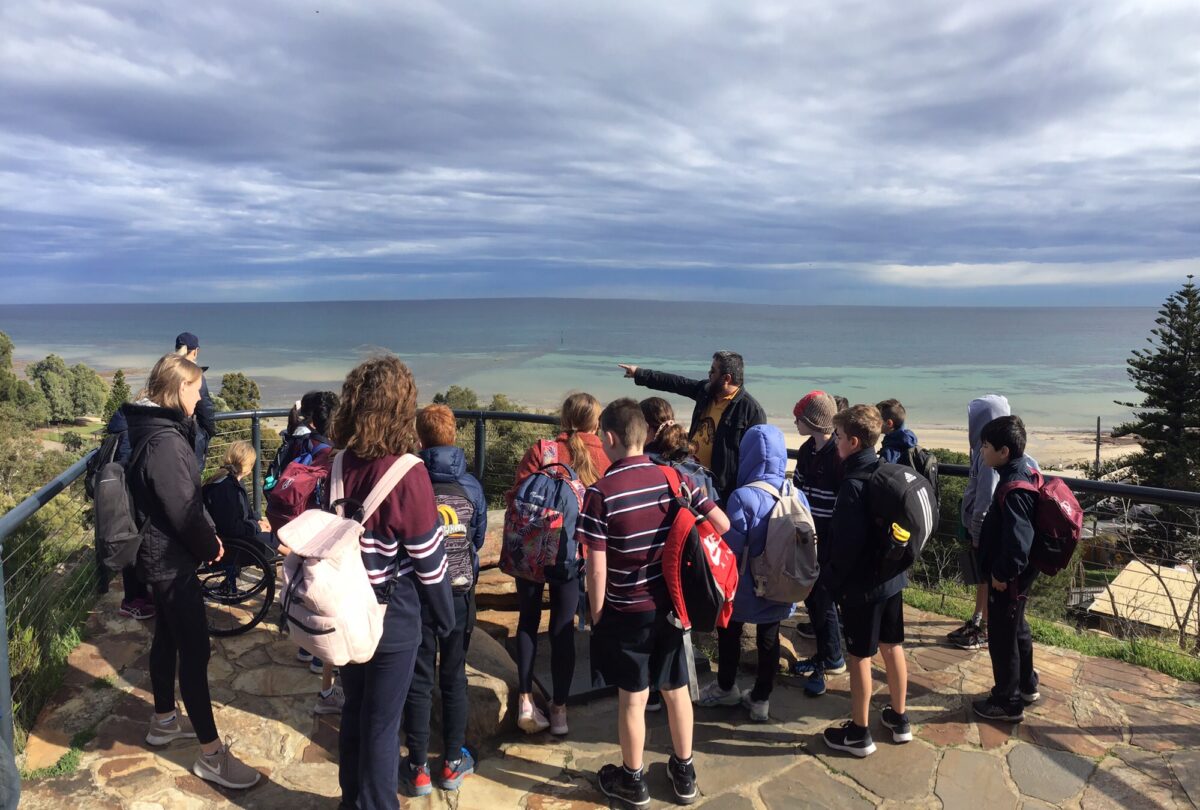 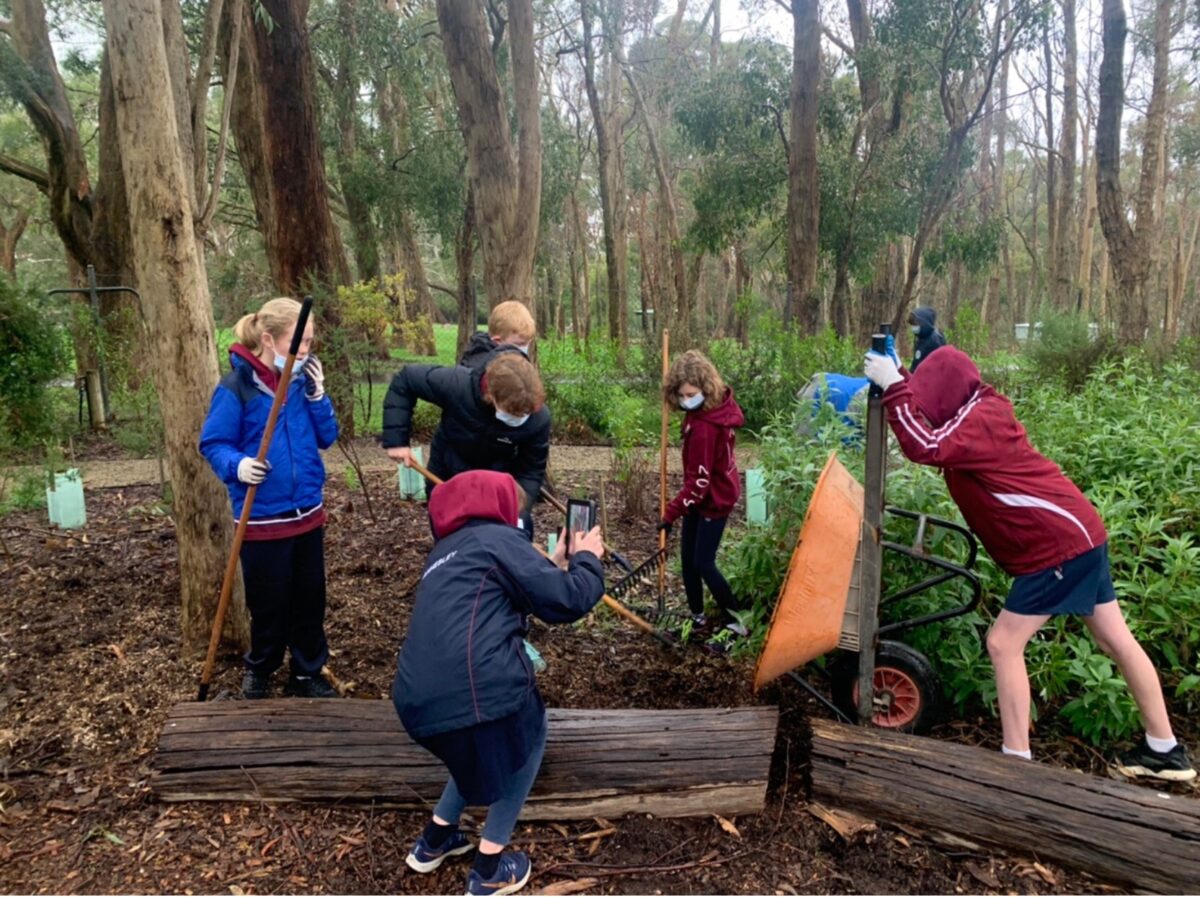 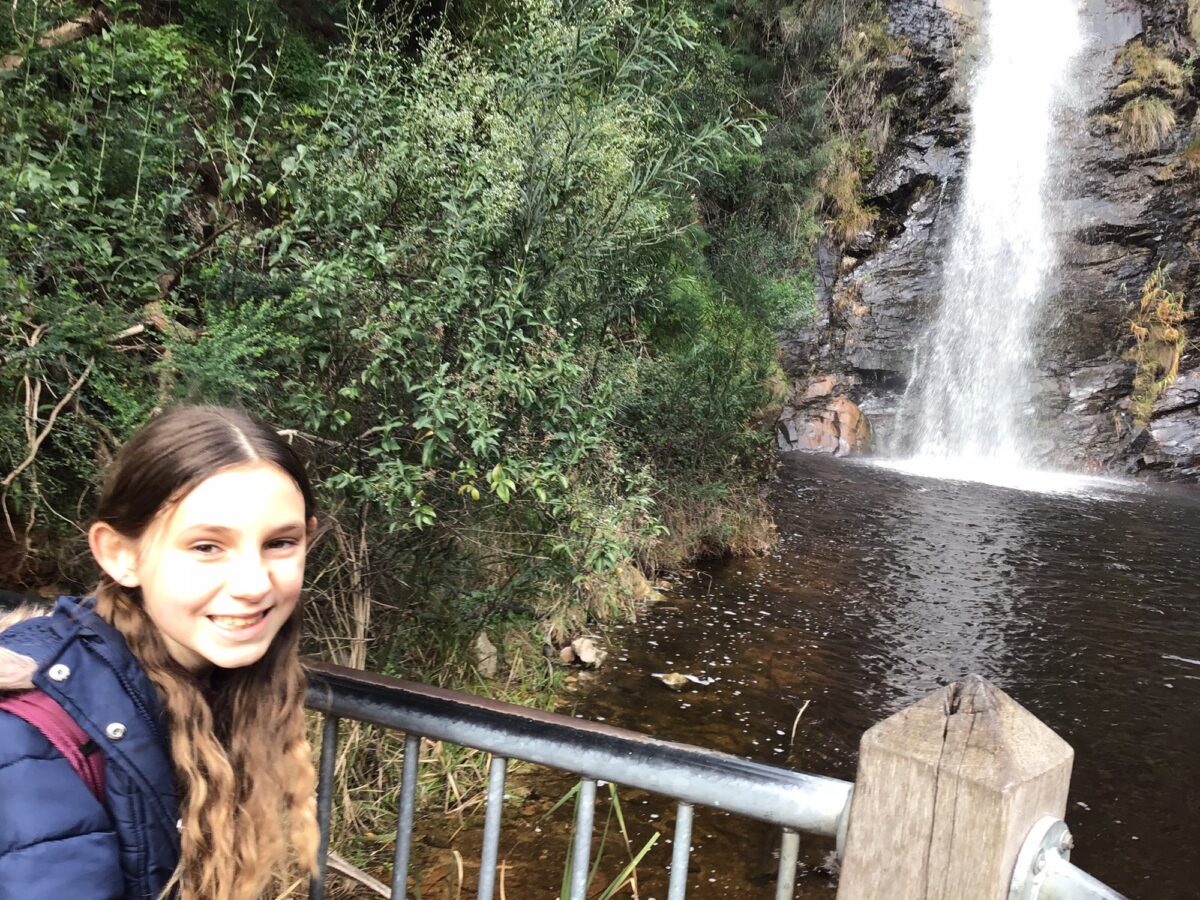 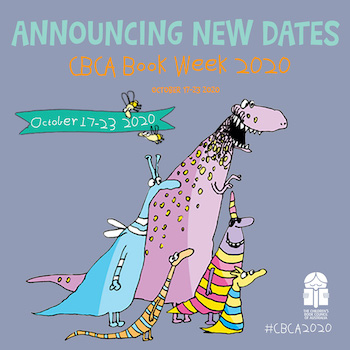 As per the Children’s Book Council of Australia (CBCA) Book Week will be held a little later this year, in Week 2 of Term 4, from 17 October to 23 October 2020. Annesley will celebrate Book Week 2020 with a visit from Author, Jarrad Elson, a performance by Perform! Education and, of course, the Book Week Parade! More information will be shared in the coming weeks.

Learning science encourages students to develop a range of skills such as observation, prediction and communication as well as expanding their knowledge within and between the diverse domains of science. The Oliphant Science Awards provide students with an opportunity to expand their scientific literacy, by showing interest and understanding in the world around them and engaging in discussions about science.

Congratulations to the prize winners and highly commended entries from the following students:

The following students should be congratulated on their participation. It is wonderful to be able to celebrate these young and enthusiastic scientists in our school community. 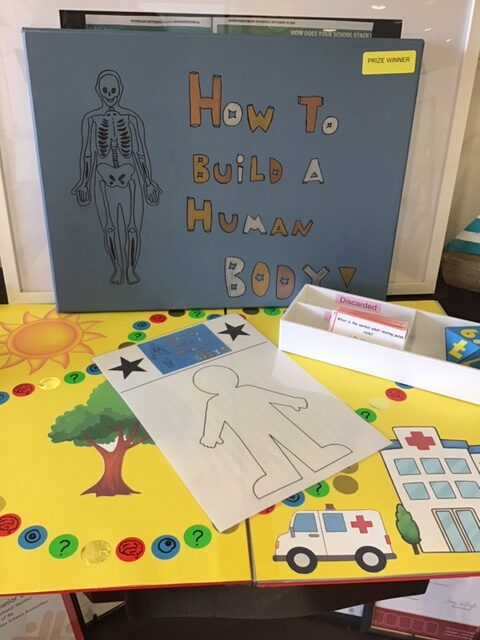 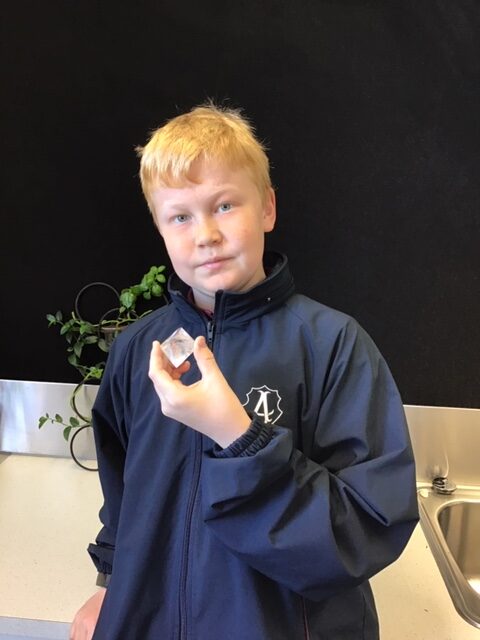 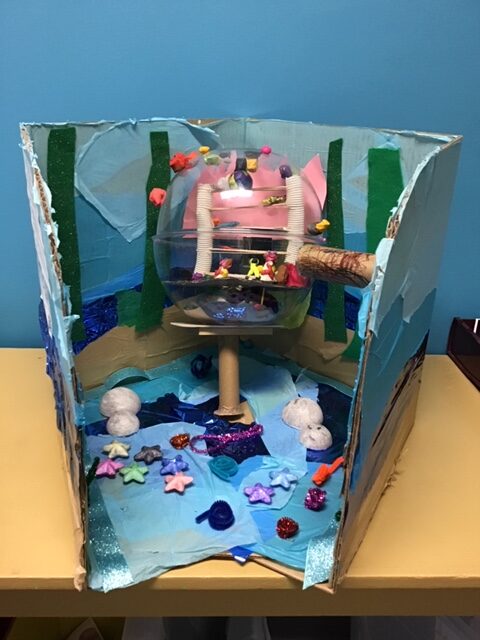 Our students are continually encouraged to demonstrate the value of resilience through the challenges they face.

Chapel often provides the opportunity to explore these character qualities through creative and meaningful stories and illustrations – some from the Bible, some from everyday life, and some just simply made up! Last week I introduced the fictitious B-BAK-JAK to Annesley Junior School… and the world! See the video below.

We also reflected on how the biblical character Joseph had a special coat – but that wasn’t the source of his resilience. His resilience came from a faith within, and the willingness to trust God in the midst of challenging circumstances.

In those times when it seems like everything is against you, let me invite you to see (and sing) your way through with faith, as our students have been doing this term: